In today’s connected world, cyber threats can have real, lasting and often devastating consequences, not only compromising our national security, but damaging our economy as well. Cyber intrusions and attacks have increased dramatically in recent years as adversaries become more sophisticated in the use of the world’s critical network of computers, communications and infrastructure.

Washington State is well positioned to play a key role in combating cyber threats, given its leadership in information and communication technology as well as its connection to existing military forces who have been pioneers in the field of cyber security. This includes the National Guard 194th Regional Support Wing, which oversees the 262nd Network Warfare Squadron. It is only the second security team of its kind in the U.S. Air Force and the first National Guard squadron to be assigned the role of cyber security.

The nation’s second largest IT ecosystem

The military certainly has a lot of support in Washington State when it comes to identifying, tracking and neutralizing threats. The Department of Defense (DoD) has recognized the importance of the military working closely with industry experts in the private sector to stay several steps ahead of this increasingly complex and frequent type of threat. Washington is home to some of the largest and most respected names in technology, including Microsoft, Boeing, Cray, Idea Entity and IID as well as 155,000 experienced information technology workers. They are supported by research and development teams at the University of Washington’s iSchool, with its Information Assurance and Cyber security Program, as well as the Pacific Northwest National Laboratory – one of only 10 such national labs in the country – which works closely with the DoD on defense-related security projects.

Lessons learned from the private sector can be readily applied to the military’s mission of guarding the nation’s electronic infrastructure and assets, from power supplies to the troops on the ground in distant lands. Many of Washington’s businesses are already working closely with the military to strengthen our cyber security, using their vast knowledge to develop new techniques, tools and processes to allow the U.S. to detect and identify threats as early as possible, and then eliminate them before they can cause harm. It’s hoped that in the future Washington will play an increasingly important role in cyber security, hosting a Cyber Center of Excellence that would leverage the state’s tremendous intellectual capital while supporting the U.S. military’s cyber security mission. 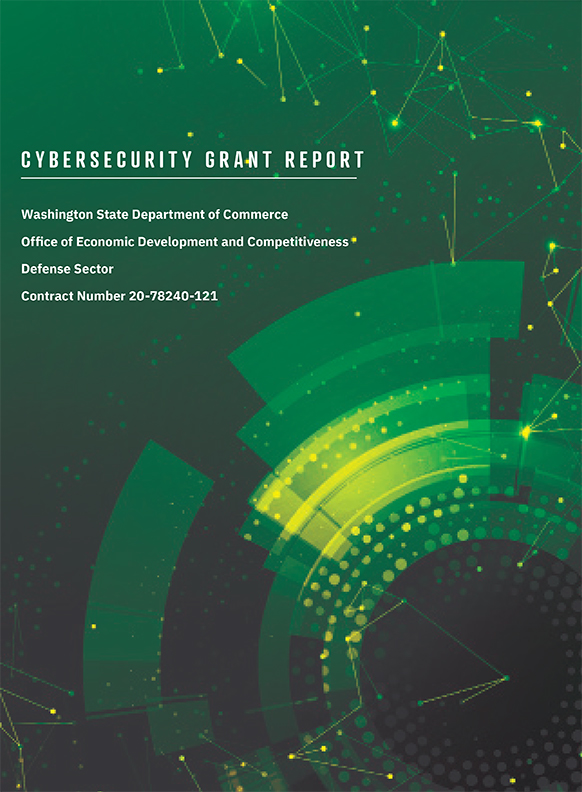 Washington’s rich history of innovation in the field of information and communication technology makes the state a strong partner with the Department of Defense, Homeland Security and military leaders in the region who are charged cybersecurity oversight. As this requirement continues to grow and expand in the future, there are good opportunities for businesses to get in on the ground floor of a sophisticated ecosystem of information technology whose public-private partnerships and vast knowledge and resources can help keep America safe from its adversaries.